As seen on Avoid Island and probably part of the reason as to why Avoid Island is named the way it is, as this is mostly underwater during high tide.

I like that the shadow seems to break up the photo slightly, and I like the texture and patterns of the rocks and the invertebrates living on them.

I also like how striking the rock appears due the sky not being vivid.

Whilst this was only taken recently, it is one of my “2017 Favorites“.

This photo is my submission into The Daily Post‘s photo challenge for this week. 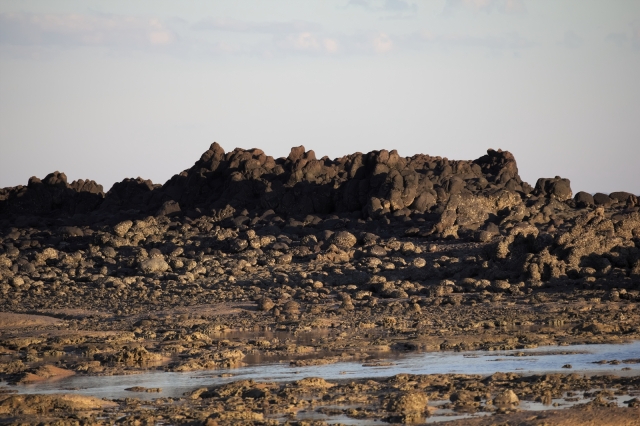 I'm some guy that does stuff. Hoping to one day fill the internet with enough insane ramblings to impress a cannibal rat ship. I do more than I probably should. I have a page called MS Paint Masterpieces that you may be interested in checking out. I also co-run Culture Eater, an online zine for covering the arts among other things. We're on Patreon!
View all posts by Stupidity Hole →
This entry was posted in Photography and tagged geology, landscape, nature, pattern, photo challenge, rock, rocky, shadow, texture, water. Bookmark the permalink.