In April of last year I went for a walk around Balmain at night.

I thought that I had shared some of the photos from that walk, but it looks like I have not.

Here’s two of those photos that were taken on the walk.

As can be seen, the “Focus” is different in these. I think it has to with something.

Most likely not paying attention to how the lens was focusing. I’m pretty sure I was using manual focus at the time.

The second shot is one of my favourite.

I’ve wanted to make use of it for a while but never got around to doing so.

I like how it is framed, as well as the use of space and the ambiguity of the shot when trying to place it in context with which area it may be a part of.

This is my submission into The Daily Post‘s photo challenge for this week. 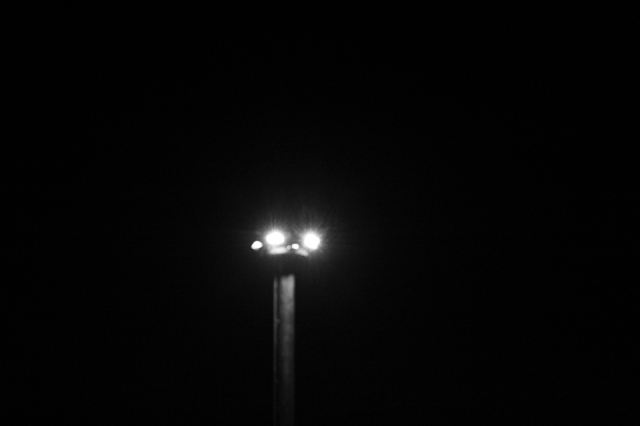 I'm some guy that does stuff. Hoping to one day fill the internet with enough insane ramblings to impress a cannibal rat ship. I do more than I probably should. I have a page called MS Paint Masterpieces that you may be interested in checking out. I also co-run Culture Eater, an online zine for covering the arts among other things. We're on Patreon!
View all posts by Stupidity Hole →
This entry was posted in Photography and tagged construction, Dark, Focus, frame, light, lights, night, photo challenge, space, tower, urban. Bookmark the permalink.